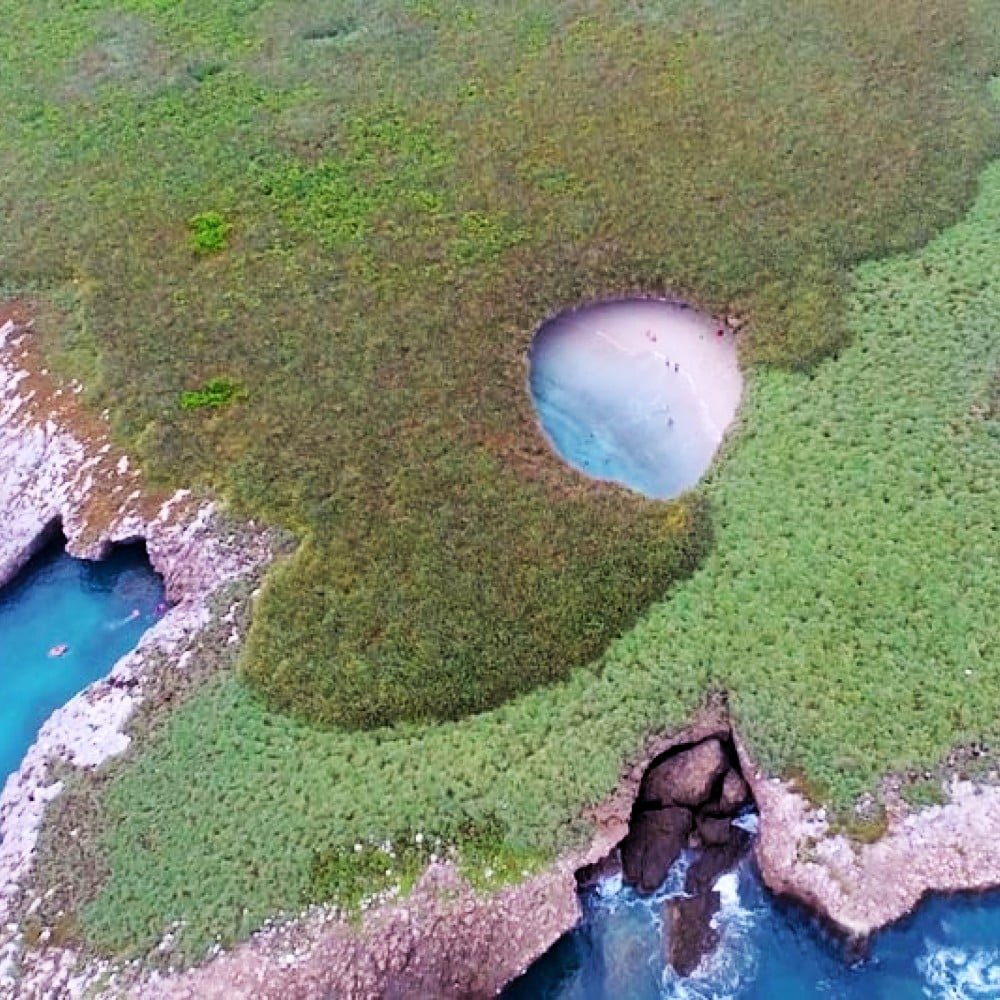 One of the most intriguing natural features of Mexico is the Hidden Beach. But, it takes some work to uncover the spot. The underground beach is completely engulfed by a cave, while a massive hole on the roof lets the sunlight in. The only way to access the beach is by kayaking or swimming through a tunnel.

Neatly tucked into a large cave, the Hidden Beach is located on the Islas Marietas, which is situated off the coast of Puerto Vallarta on the western side of Mexico. To reach the site, visitors need to board an hour-long boat ride. Once they reach the island, they then have to paddle or swim through the Pacific waters to finally get to the sandy beach.

According to local history, this interesting natural oddity in Mexico isn’t quite so natural! The most popular belief is that the cave got its unique sunroof, revealing the beach underneath, due to repeated bombings. During World War I, the Marietas Islands were chosen as targets of bombing practice by the government of Mexico. At that time, the islands were completely unpopulated, making them perfect for such actions. In the 1960s, Jacques Cousteau led an awareness campaign to protect the islands against any more harmful human interference. Finally, in 2005, the Marietas Islands were named a national park and now are protected lands, as safe havens for natural inhabitants.

Lovers of outdoor activities and breathtaking nature, rejoice! The picturesque Italian region of ...

Which Airport Has Won the World’s Best Airport Title in 2020?

Nowadays, airports are so much more than what they used to be. They’re no longer simple checkpoints ...

If there’s one thing that the United Arab Emirates was missing so far, it was its very own off-road ...