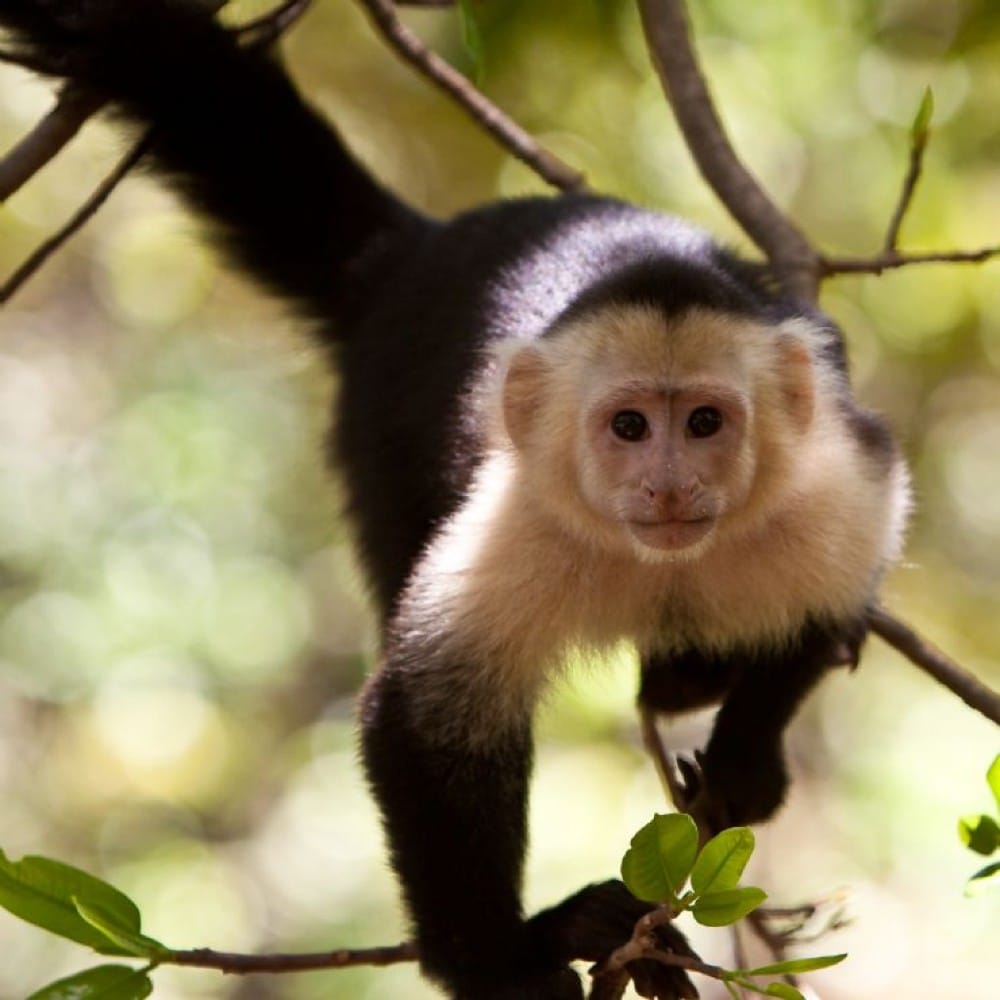 Costa Rica is well-known for its magnificent diverse natural landscape including lush rainforests, misty cloud forests, serene beaches, spectacular volcanoes, and relaxing hot springs. But the country is also rich in a plethora of wildlife, especially several species of playful monkeys. Costa Rica is home to four species of monkeys, which can be found in the region in abundance. Let’s meet those mischievous mammals.

Also called the white-faced monkey, this type of monkey can be found in diverse habitats across Costa Rica, ranging from the high-altitude cloud forests in the central region to the Osa Peninsula’s lowland mangroves. The magnificent Manuel Antonio National Park is also home to the shenanigans of Capuchin monkeys. These medium-sized agile creatures can balance their whole body while hanging from the trees, just by their prehensile long tails. They are not at all shy of humans or their cameras and are incredible to watch frolicking or chasing one another. 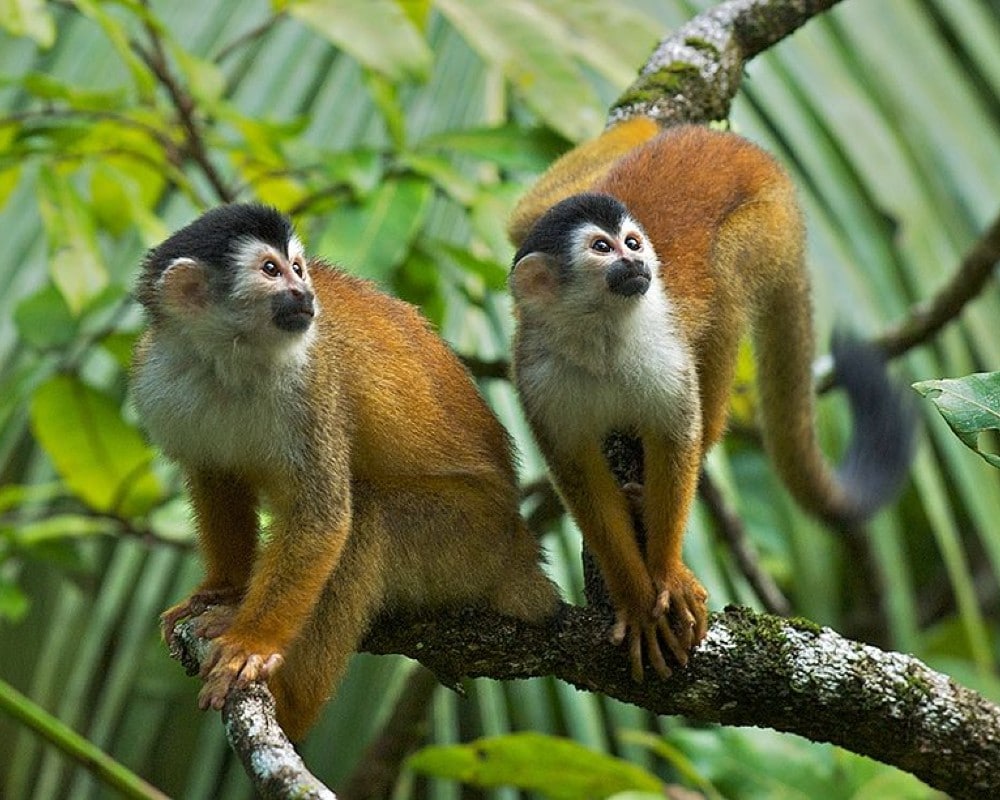 They are the most endangered and rarest of all the Costa Rican monkeys. They can be only found in the Manuel Antonio National Park located along the Osa Peninsula. These small brown monkeys have white ears, very long tails, white chests, and dark eyes surrounded by large white-colored rings. These visual similarities to a squirrel have earned them their unique name. They love their bananas and generally like to travel together in large groups. These hyperactive monkeys are restless and rather mischievous, befitting the stereotype of acting like a monkey at its best! 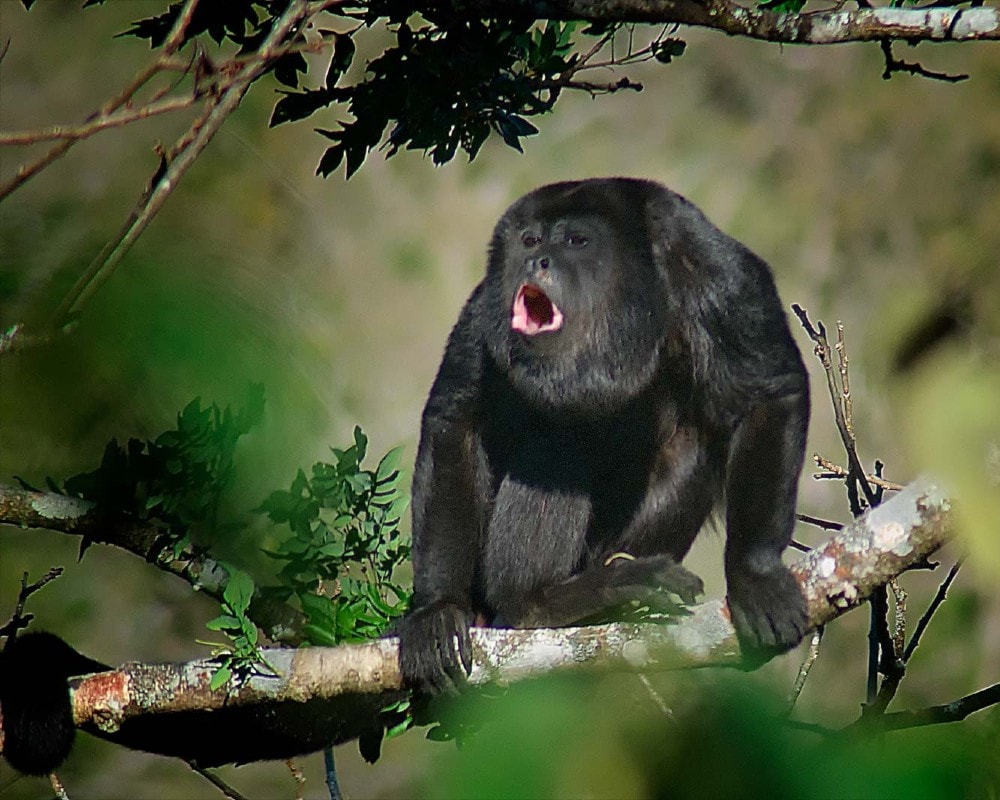 True to their names, Howler monkeys will let you know about their existence by making a distinct eerie sound. On the Caribbean coast of Costa Rica, the remote Tortuguero National Park is a dense lowland forested area, surrounded by a maze of jungle canals. It is the home to these Howler monkeys, who can be found there, playing high above in the trees. Despite their gruff and intimidating appearance, they are actually a little timid and like to keep their distance from the humans. If anyone dares go close to them, we wish them luck in avoiding their bombarding attack! 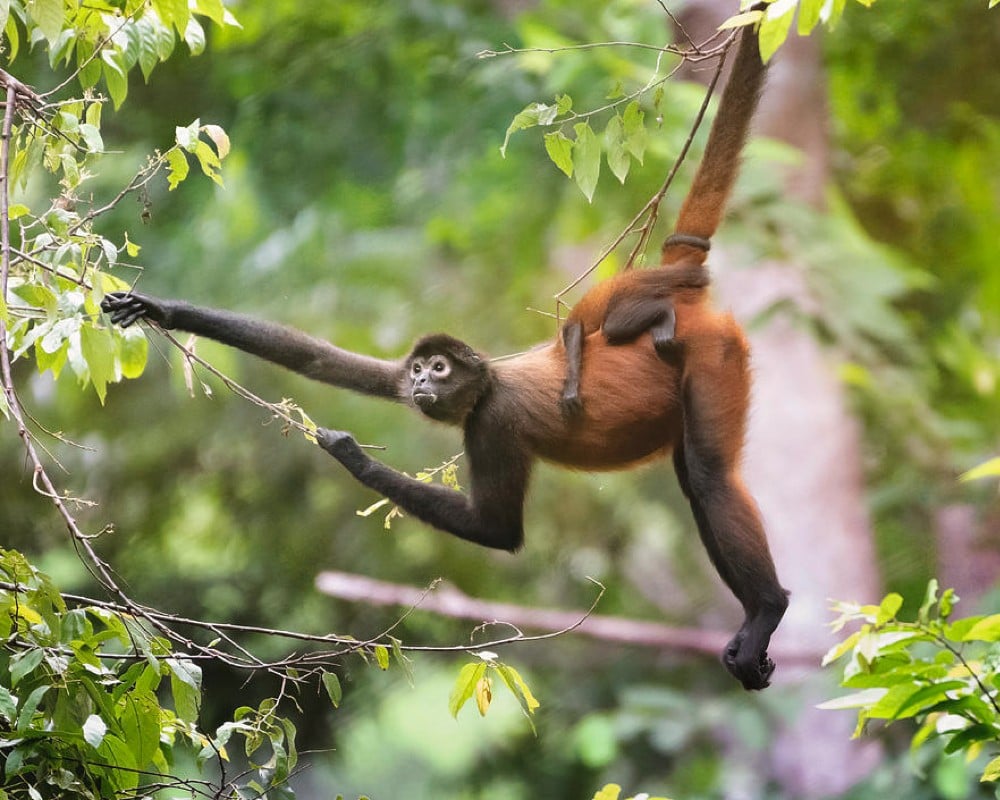 Also found in the Tortuguero National Park, these monkeys are much more elusive than Howler monkeys. With a black or brown colored coat, Spider monkeys are slender and longer than the Howlers. They are also less ferocious in appearance. Watching these super agile monkeys traveling through the canopy of trees overhead, with an incredibly acrobatic hand-over-hand motion, is an intriguing sight indeed!

The Best Places To See The Northern Lights

The aurora borealis have captured many of our imaginations over the years as the dancing lights in ...

Scotland is an incredible area of the world, but it looks as though the nation could be about to ...

UNESCO has helped to preserve areas of beauty for years - and that won’t be ending anytime soon. It ...