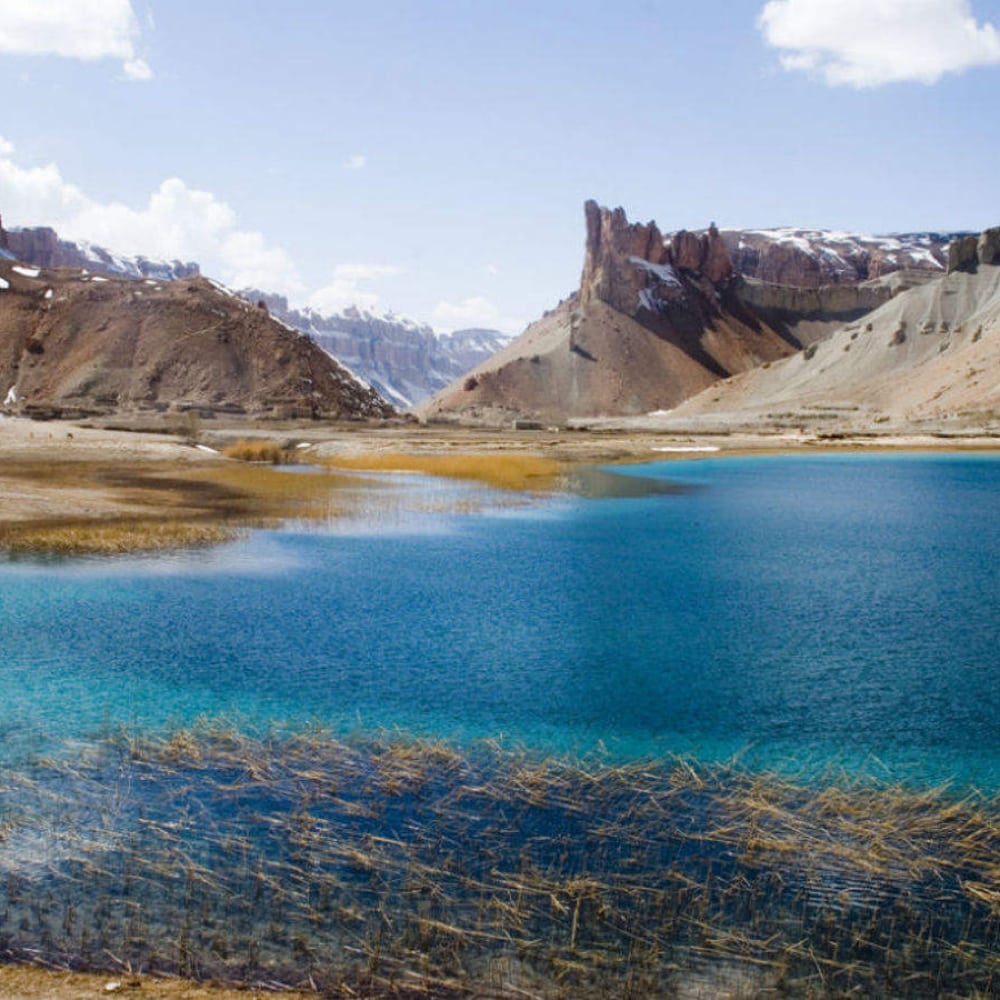 Cool blue water bodies stretches of barren grey land, and snow-capped mountains, the six lakes of Band-E-Amir looks like a painting come to life. The lakes themselves appear like sparkling jewels shining in the wasteland of Central Afghanistan. 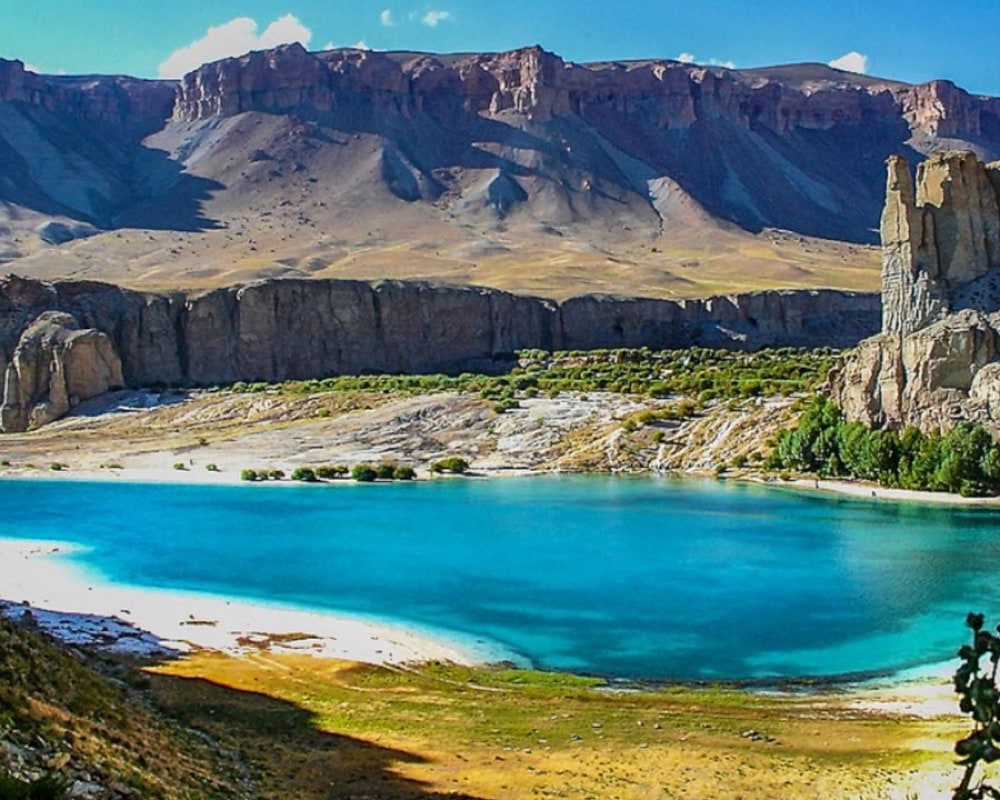 The lake gets its gorgeous deep blue color from the high mineral composition of the water. You will find natural dams in the area of the lakes. The rainwater that flows from the cracks between the mountain rocks ends up in these dams. The 12m high travertine walls flank the Lake Band-E-Habitat’s shore. The walls surrounding the lakes create a heavenly sight of infinity pools. Have you ever witnessed something like this before?

Also, the small waterfalls, in the outer edge of the walls, created by the over-pouring lakes, are a sight to behold.

The Legend of the Miracle Worker 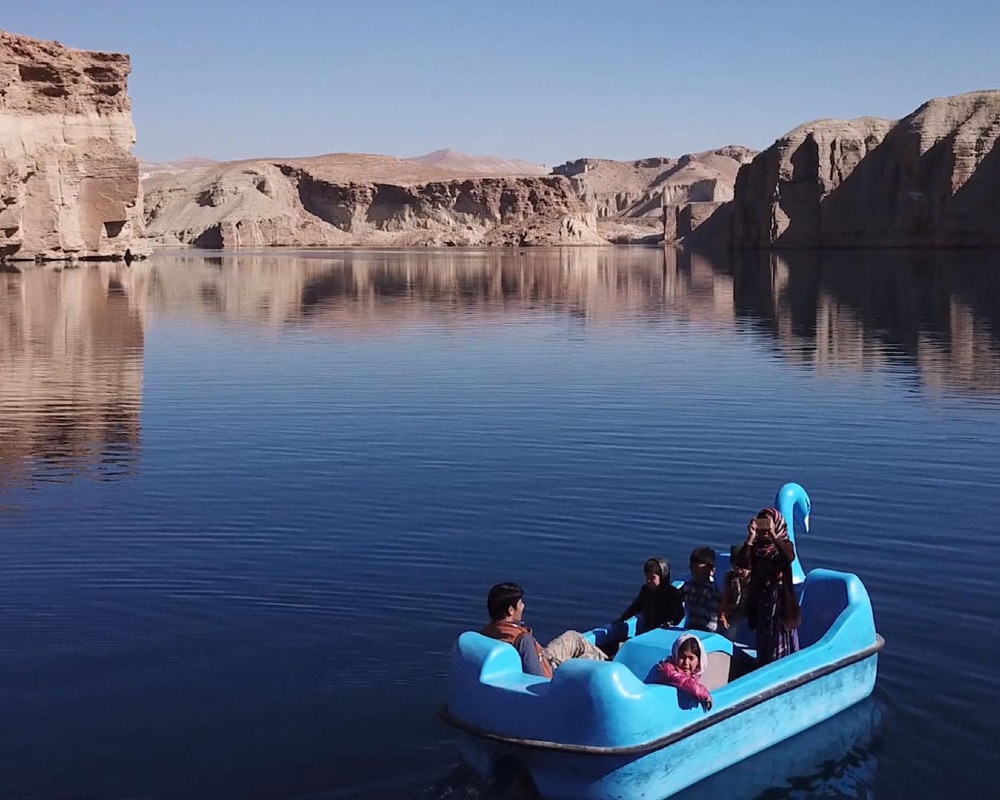 According to the local folklore, the lakes came into being from miracles performed by Ali, Prophet Mohammed’s son-in-law. The then king of the region was so marveled by the miracles that he decided to convert to Islam. You will find a sanctum built, by the lake, as a tribute to the many miracles that Ali performed.

The Band-E-Amir lakes of Afghanistan are one of the top attractions. The lakes are famous amongst the locals to visit for a daytime picnic as they exude happy and blissful vibes. The sight around the lakes is a bittersweet reminder of the days when Afghanistan was a prime location and a part of hippie’s popular travel route from Istanbul to Northern India.

The first National Park of Afghanistan was built in the periphery of the Band-E-Amir lakes in 2009. While the visitors are still allowed, the road to reach the destination is not in the best condition. The terrain is in bad condition and the facilities at the park are unsatisfactory. So travel wisely and mindfully.

As a popular tourism destination, Hawaii has been delivering a wide range of offers to visitors for ...

Eco-friendly gifts for that one travel-obsessed friend

Wanting to travel more and wanting to have a better impact on the environment are two incredibly ...