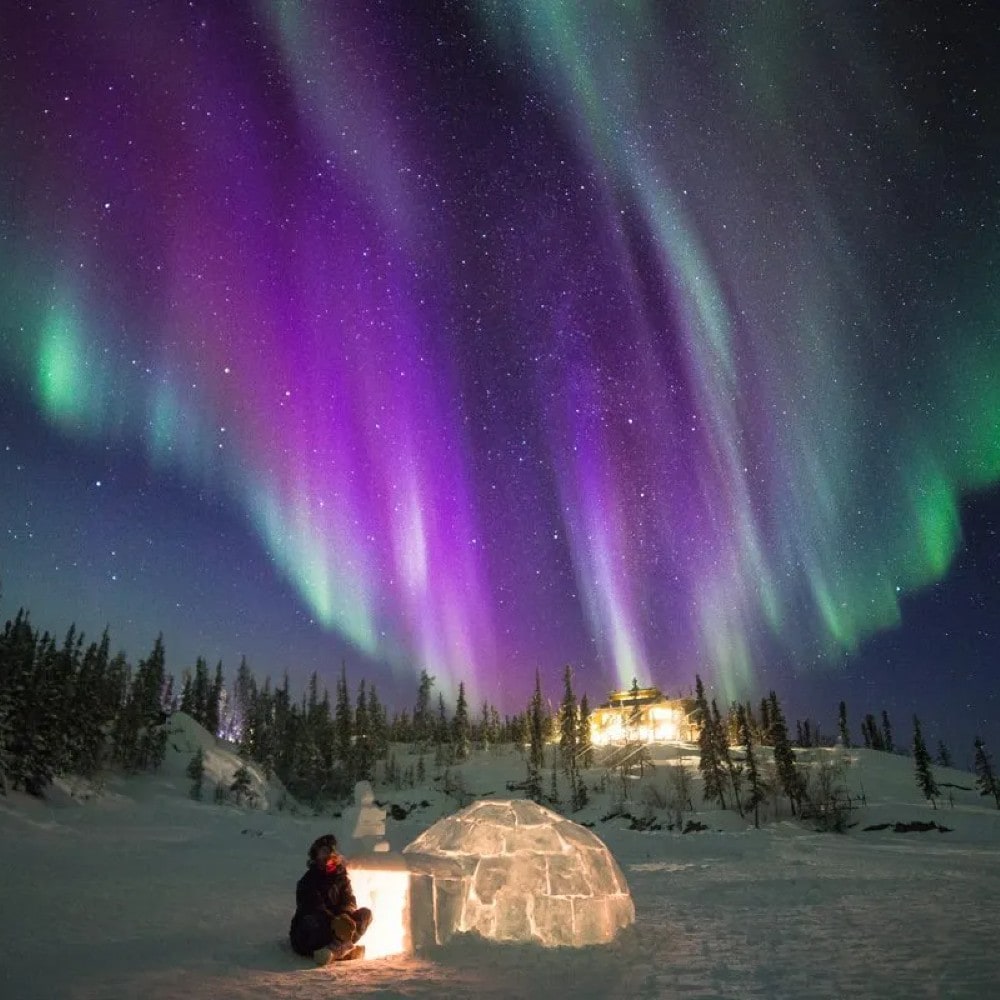 Canada is one of the top destinations in the world to experience the magical northern lights. As one of the most northern hemispheric countries on the globe, Canada houses several regions with visibility of the lights 240 times a year on average. Here is everything you need to know to go and watch spectacular views of the lights in Canada.

Technically, the northern lights stay active all year round but aren’t always visible. The best time of the year to see them in Canada is from September to March. Within this period, you’ll get maximum darkness at night for the clearest views. As for the specific time of day, auroral activity generally peaks between 10 p.m. and 2 a.m. But certainly, you can see the Canadian lights outside of these precise hours, as long as it’s dark outside. 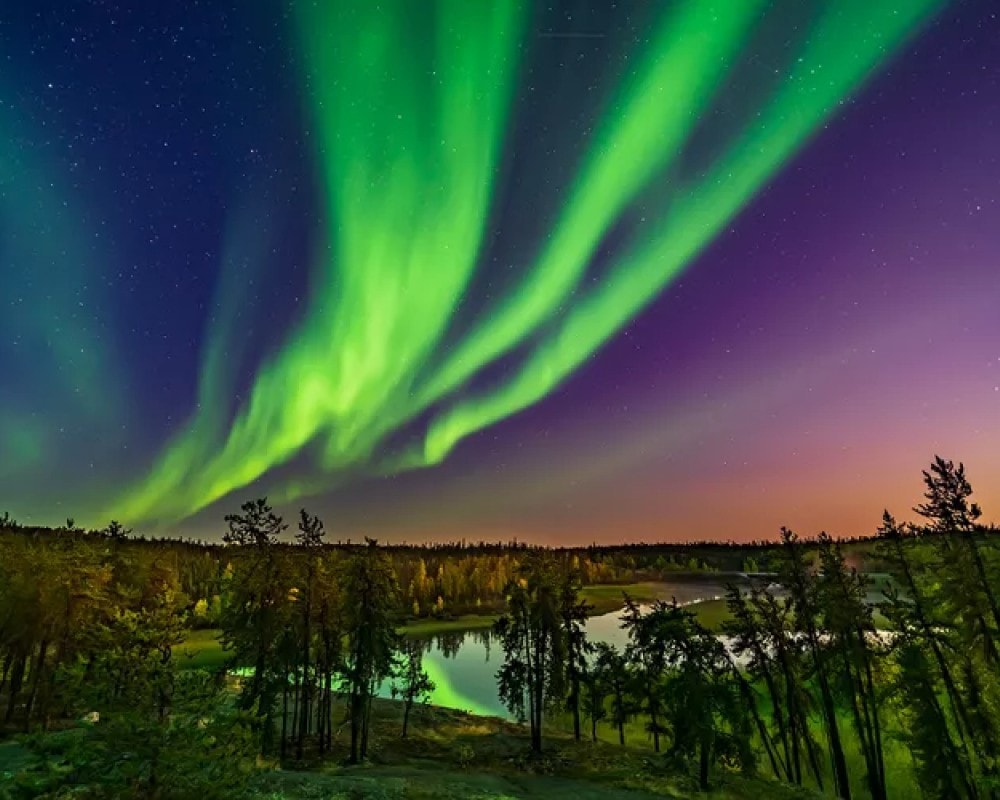 The ‘auroral zone’ is the best region to see the lights. That’s pretty much any place at 66o33′ north of the North Pole, known as the Arctic Circle. This circle cuts through the northernmost areas of Canada. But as the region is very sparse and difficult to reach, most Canadian northern lights tourism takes place a bit farther south. Northwest Territories like Yukon, Whitehorse, and spots like Yellowknife, Manitoba, and Churchill are popular among northern lights watchers. Manitoba is also a popular spot for beluga whale and polar bear tourism. 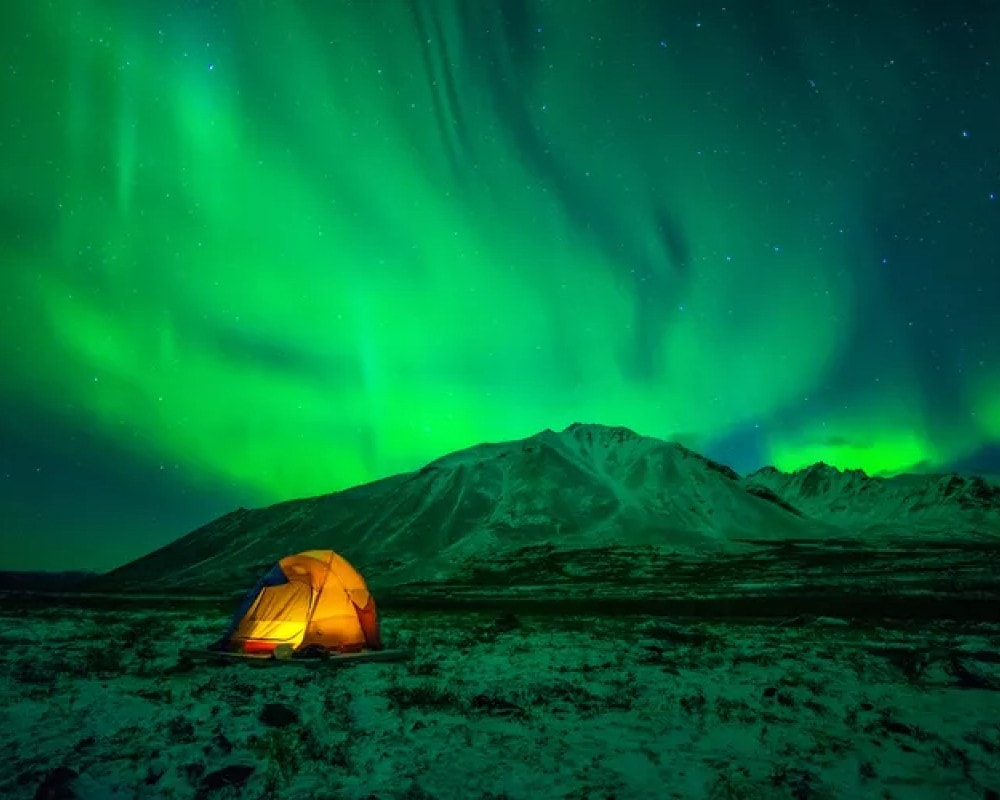 To maximize your chances of experiencing the northern lights, you’ll need to stay as many days as possible in Canada. Because the more days you spend, the better your odds of getting favorable weather and clear skies. Also, it’s not prudent to choose the day of the new moon or early crescent phases, as bright moonlight can diminish the view of the northern lights. Finally, to get accurate northern lights predictions, take a look at the aurora forecasts by the Space Weather Prediction Center of the National Oceanographic and Atmospheric Administration.

Tours ease the logistics of a trip to Canada, covering transportation and accommodations. Ranging from just a few hours to multiple days, it’s not hard to find one according to your needs. Northern Lights & Arctic Exploration by Nat Hab is a seven-night trip to Churchill, including a stay in the company’s Aurora Pods to enjoy 360o night views of the sky. The Northern Lights Hunting in Yellowknife tour by Adventures.com is for just four hours. The Basic Aurora Borealis Package of Northern Tales offers two to foour night escapes to the wilderness outside Whitehorse.

The Biggest All-Electric Aircraft Is Set to Take Flight

With a lot of pressure mounting on air travel to become cleaner and greener, it seems as though ...

The Best Places In The World To Be A Digital Nomad

Are you a digital nomad? If you’re not quite sure whether you are or not, you have to ask yourself ...

Best Destinations For Grilled Cheese Lovers In The U.S.

Grilled Cheese are two words that everyone can get behind. Whether you enjoyed it as a childhood ...