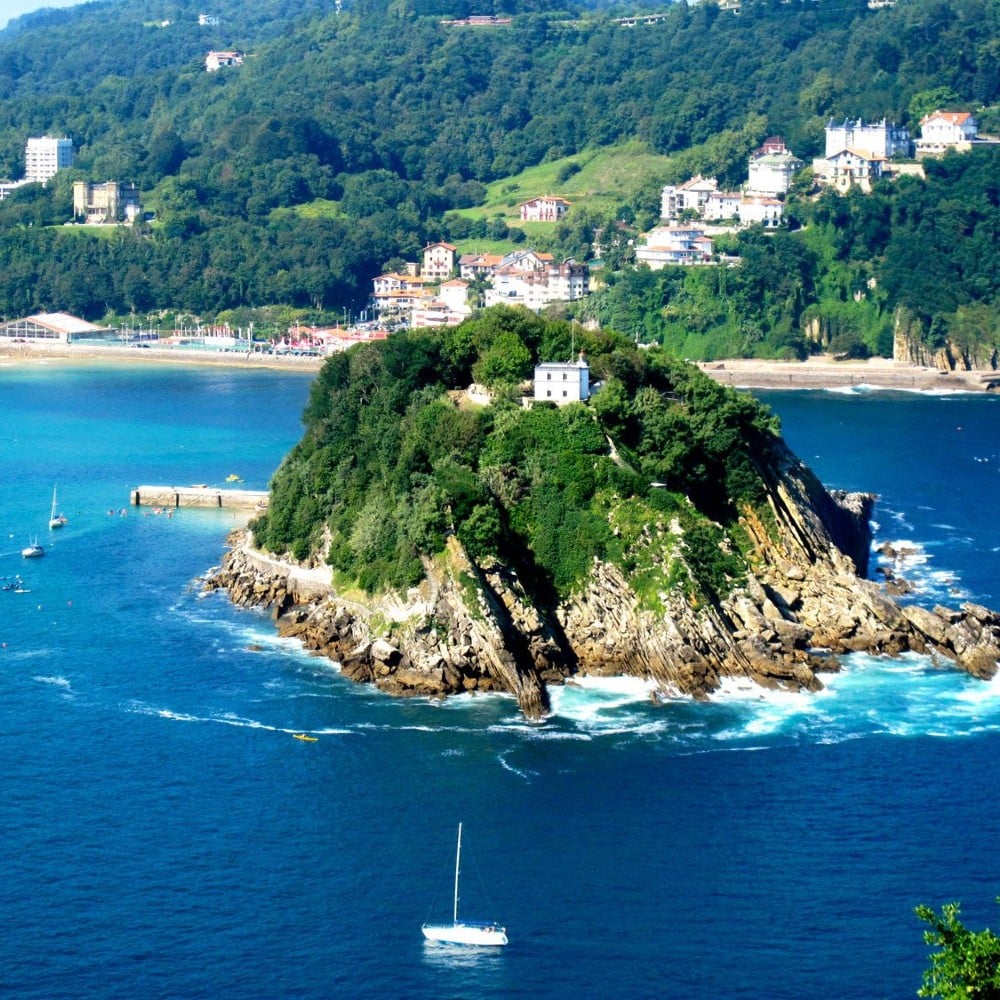 Sitting on a circular-shaped bay, the city of San Sebastian in Northern Spain has long been attracting visitors with its warm sunlight and cultural sophistication. One of the most beautiful Spanish cities, it has rightfully earned the name ‘Pearl of the Cantabrian Sea.’ Here are a few top destinations to visit in San Sebastian. 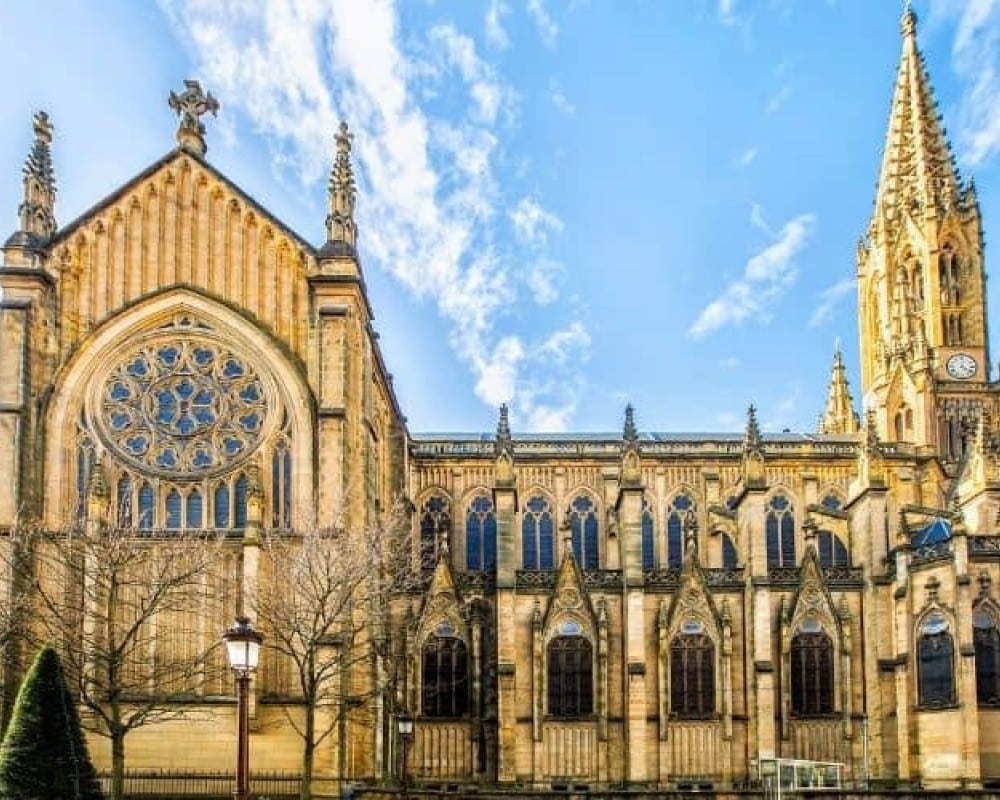 The San Sebastian Cathedral, or the Cathedral of the Good Shepherd, isn’t very old by European standards. Built only in the late 19th century, the cathedral building exemplifies the neo-Gothic style. The German Gothic cathedrals served as the inspiration for the architect Manuel Echeve. The exterior impresses with an array of engraved detailing. The bell tower, standing at an impressive 75-meter, dominates the entrance portico. The interior is full of invaluable works of art and is adorned with beautifully bright stained glass windows.

The Island of Santa Clara

Santa Clara Island is located at the heart of the Concha Bay, protected by Mount Urgull and Mount Igueldo. This small but beautiful island has been shaped by seawater and wind for centuries and provides a spectacular view of the entirety of San Sebastian. It’s home to many picnic areas, a tall lighthouse, and a natural swimming pool. Also, a small beach appears when the tide is low. The island can be easily reached by a quick boat ride from the port of San Sebastian. For enthusiast swimmers, the scenic island also allows easy swimming access due to its close vicinity to the beaches of La Concha bay.

The Comb of the Wind 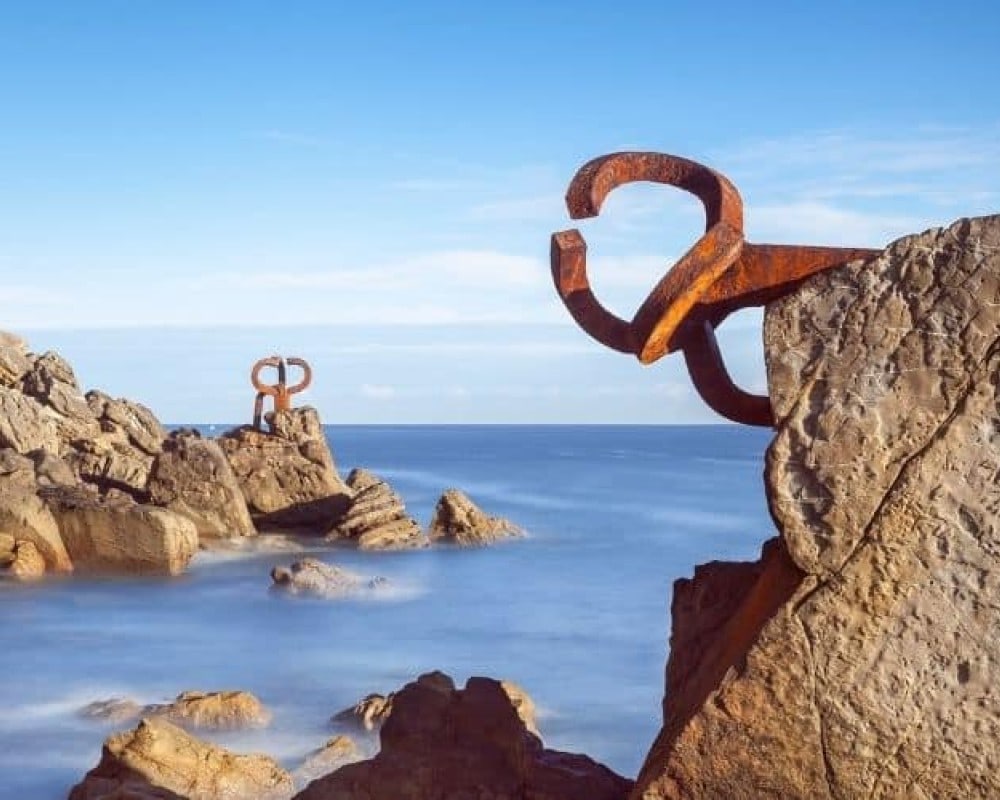 A bit weird but aptly named, The Comb of the Wind is a set of three steel-made sculptures, created by the famous Basque sculptor Eduardo Chilllida. Each of the artworks weighs more than 9 tons. The sculpture set is located at the far end of Ondarreta Beach and Concha Bay. The work is situated in an environment where the howling wind and thrashing seawater are constantly lashing against the large rocks. The sculpture set seems to emerge as an integral part of the rock, facing the waves that constantly break against the cliffs of Mount Igueldo.

Zurriola Beach is situated in the neighborhood of Gros, which is the most modern part of the city. It’s located next to the Kursaal Auditorium and the Conference Center. One of the most popular destinations in San Sebastian for surfers from across the world, the Zurriola Beach is home to famous European surfing events like the ASP Projunior. The water and weather on the beach are perfect for both pro and novice surfers. And if you’re not a surfing enthusiast, taking a refreshing swim or sunbathing is always an option! 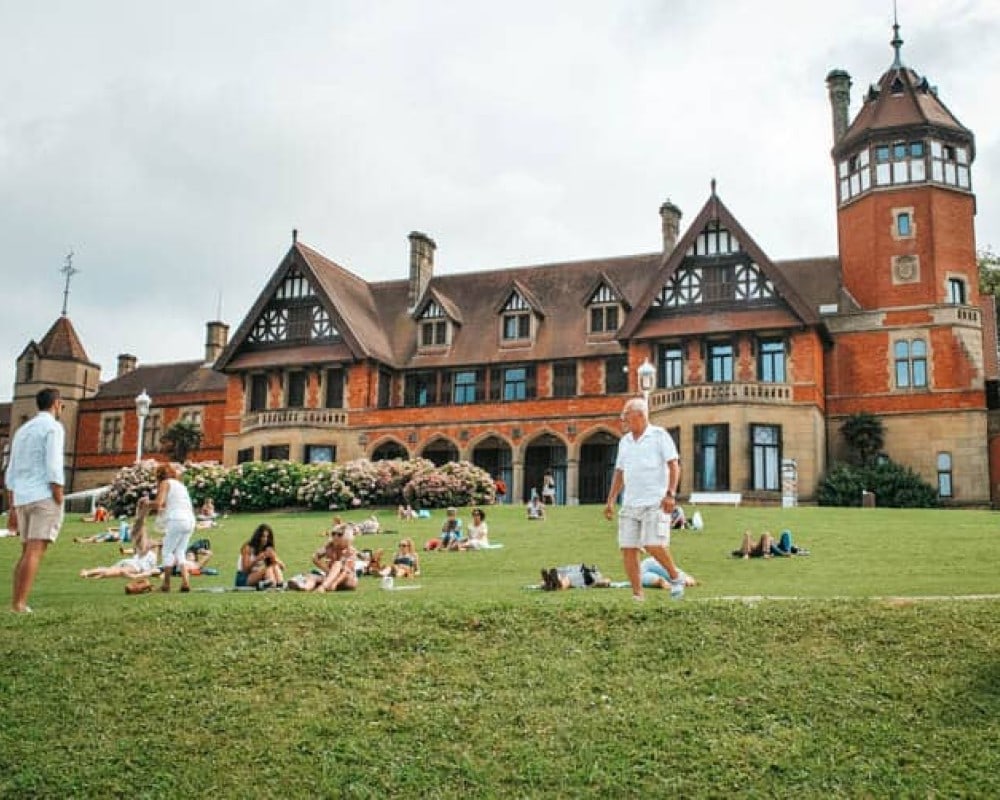 The Miramar Palace stands out within the cityscape of San Sebastian with its English-style red-brick architecture. This late 19th-century construction was the summer residence of Alfonso XIII, Juan Carlos de Borbon, and Queen Maria Cristina. The vast garden area of the palace is perfect for spending a relaxed day, or enjoying a fun picnic with family and friends while admiring the spectacular views of the Concha Bay.

As everybody steps out of their houses to undertake vacations again, summer road trips have become ...

3 Must-Visit Boston Museums for Every Tourist

With all its diversity and collegiality, it's no surprise that the city of Boston is home to ...

The Most Incredible Experiences to Have in Fiji

Fiji is often thought to be one of the most beautiful places in the world - and for a good reason. ...