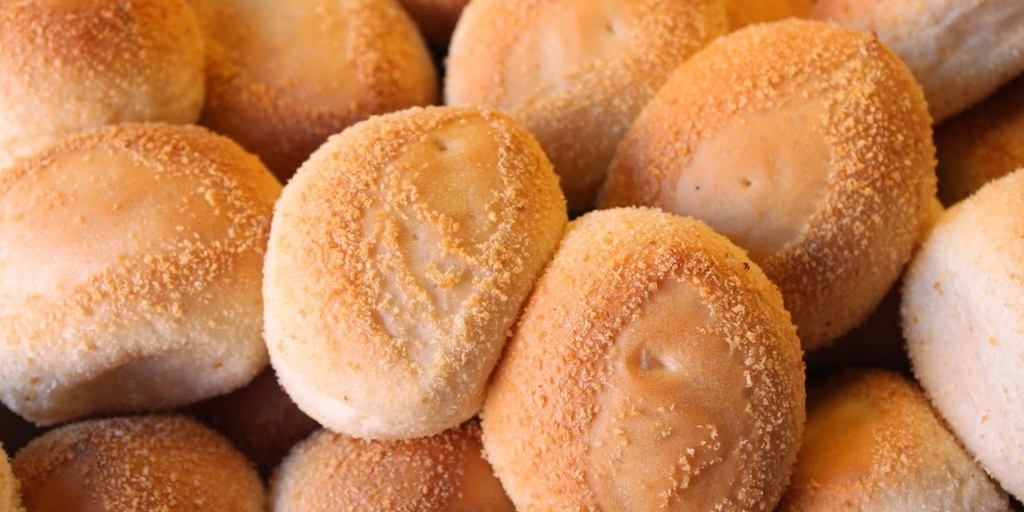 Pandesal is to Filipinos what Baguette is to the French. Natives bake a pillowy roll of yeast and then coat it with breadcrumbs. Most traditionalists like to bake their own Pandesal. The bread can trace its history back to the Spanish colonizers who wanted to replace the staple rice with wheat. However, they used whole wheat flour to make crusty and stiff pieces of bread called pan de Suelo.

It was not until the influx of American wheat in the 20th century that the evolved and softer Pandesal became a familiar household nibble. Its story remains incomplete unless your palate lingers with its sweet taste – so, here’s the recipe for the happy ending: 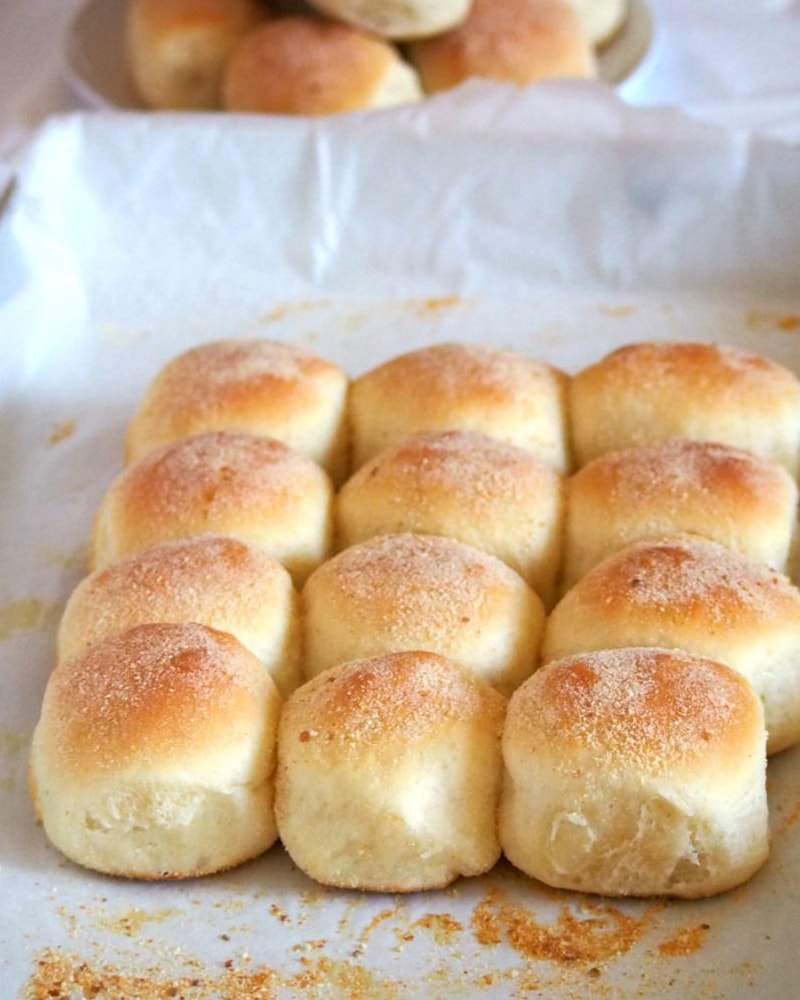 Mix one tsp of sugar in the milk and sprinkle the yeast and wait till foamy (for about 10 minutes).

Set aside the flour and salt in a different bowl. Now blend the remaining sugar, butter, and eggs and then add them to the yeast mixture. Keep stirring to integrate.

Add half of the flour onto the yeast mixture and keep stirring with a fork. Now put the remaining flour and stir till it forms a sticky dough.

Knead the dough at medium speed unless it’s smooth and sticks to the mixer in 10 minutes.

Coat the dough with oil and cover it with a kitchen towel set aside in a warm place until it doubles in size.

Sprinkle the fine breadcrumbs on your baking pan and keep the rest in a shallow bowl.

Roll the dough into two 30-inch batons with equal width throughout, cut them into smaller pieces, and flatten the top. Cover in a kitchen towel and let it sit for another 45 minutes.

Bake for 30 minutes in a preheated oven at 350 degrees until it is puffy and golden. Cover with foil for the last 10 minutes if it’s browning faster than expected. Sprinkle the remaining crumbs for a photo finish.

Take A Weekend Vacation To These Cheap Yet Amazing Destinations

Everyone wants to go on vacation, but one look at the bank account makes you realize that it is not ...

Discover the Amber Room – Russia’s “Eight Wonder of the World”

Amber has always been a status symbol associated with elegance and wealth. Protected by Prussian ...

Penguins On The Beach? Boulders Beach Has It All

Cape Town is known for its beauty, but there are some people who will take cute animals over a ...