Much like the rest of its culture, traditional Christmas dinners in Mexico, too, are full of flavor, color, and spice. Because of its rich history, Mexican cuisine and typical holiday meals are a combination of Spanish and indigenous flavors that make for a unique set of mouthwatering dishes. 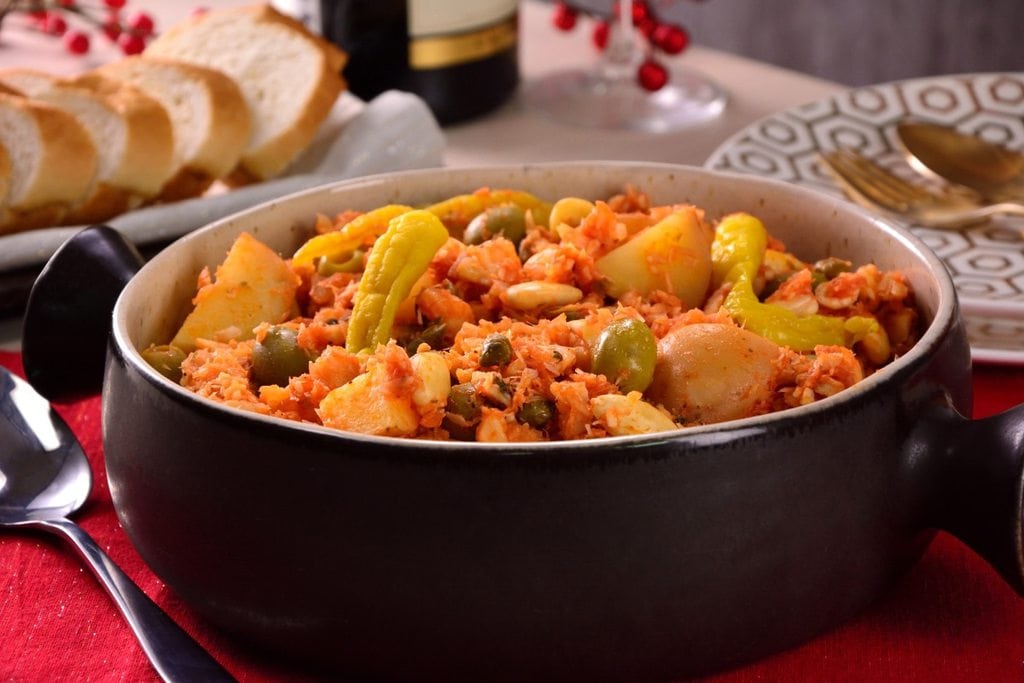 Christmas in Mexico Must Include a Bacalao

If you’re looking to impress your Mexican friends or family with a holiday-inspired dinner (which shouldn’t only be enjoyed during the festive season!), you simply must prepare bacalao a la vizcaína (also known as Biscay-style cod or simply bacalao). Together with Romeritos con mole, these two meals are the sole meaning of Christmas for Mexicans. One came from the Spanish, and the second follows an original indigenous recipe.

Bacalao is a Biscay stew recipe with dried salted cod that the Spanish brought with them to Mexico (see image above). It includes Spain’s traditional capers and green olives, with Mexicans later adding pickled güero chile peppers and tomatoes. 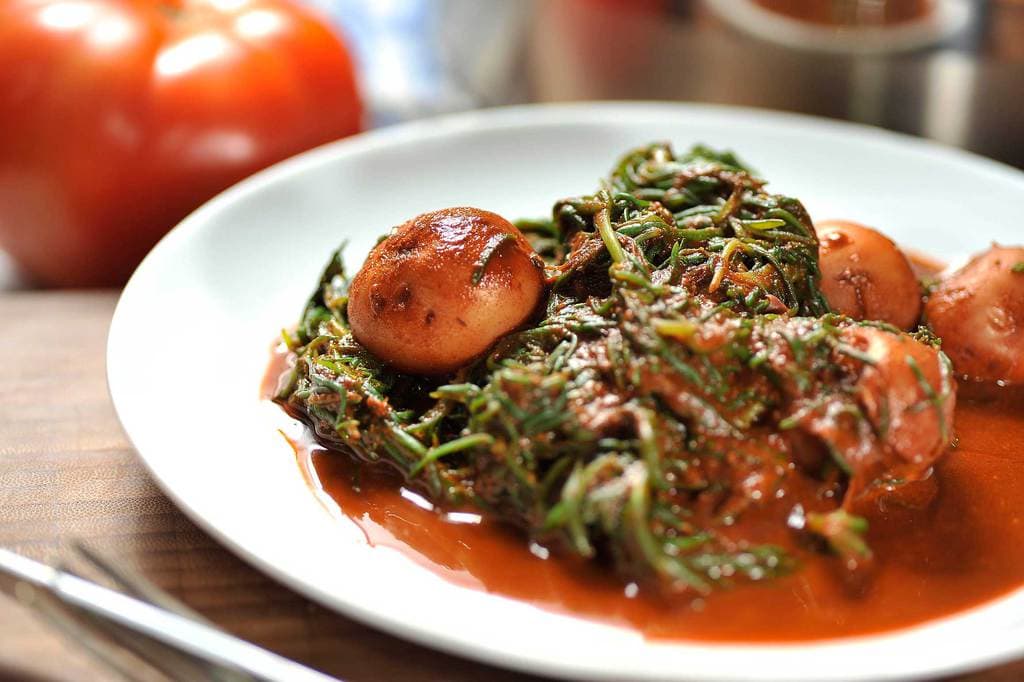 Derived from a centuries-old indigenous recipe, romeritos con mole is a dish of boiled seepweed served with a mole sauce. It was originally a strictly vegetarian meal as Indigenous people couldn’t get access to meat or other animal products, but modern versions of the recipe include dried shrimp or even meatballs mixed with flour and eggs. At first, the romeritos was associated with the birth of Huitzilopochtli, the Aztec god of sun and war.

Despite both dishes being a staple at Mexico’s festive dinner tables, it is bacalao that steals people’s hearts. Some believe it’s because of its historical association with the Spanish elites who first introduced cod to Mexican cuisine. The truth is hard to find, but what matters is that these recipes have stood the test of time, and families from around the country continue to prepare them each Christmas. Some even repeat the menu for New Year’s Eve!

Romantic Trip Ideas for All Those Adventure-Loving Couples

Colorful cocktails at sunset and balmy evenings in the sea-salted air are the cornerstones of a ...

Get Messy at One of Spain’s Most Popular Festivals: La Tomatina

In Spain, the last Wednesday in August is when the messiest festival takes place – just about 40km ...

How To Go On The Ultimate European Road Trip

If you’ve made it your mission to explore every continent on this earth, then we’re pretty jealous. ...