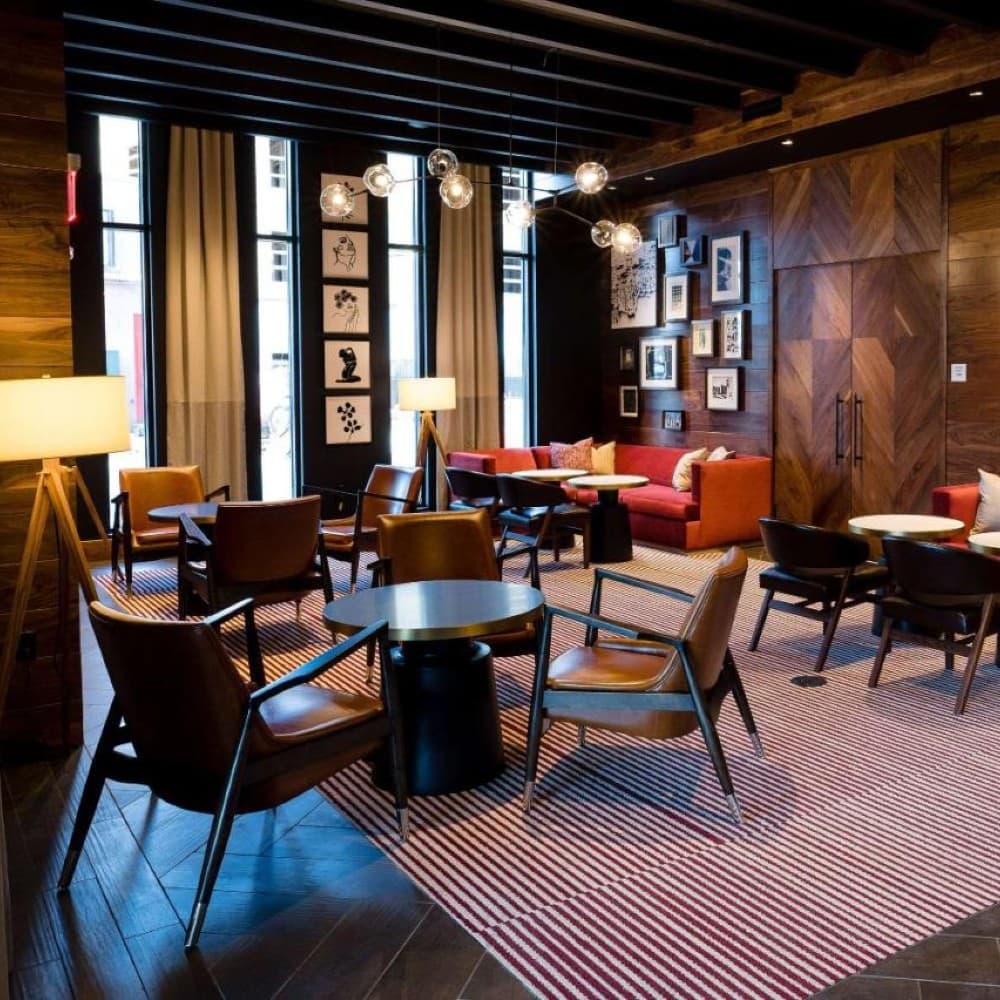 While Somerville is experiencing a renaissance, the Cambria Hotel Boston Somerville has opened its doors with plenty to offer. Located on the Somerville-Cambridge line, the hotel adds to the latest transformation of Union Square in Somerville.

The Cambria Hotel Boston Somerville celebrates the funk, art, and culture of the city at its core. Situated half a mile from Union Square and Harvard University, the six-storied hotel features a total of 163 guest rooms for visitors and locals alike. The Noannet Group of Boston has partnered with upscale brand Cambria Hotels, to bring the project to life, while the local Saunders Hotel Group is going to manage all operations. The architecture of the entire project is overseen by CambridgeSeven, while hospitality interior designer Bill Rooney Studio has helmed the interiors.

The Aesthetic and Interiors 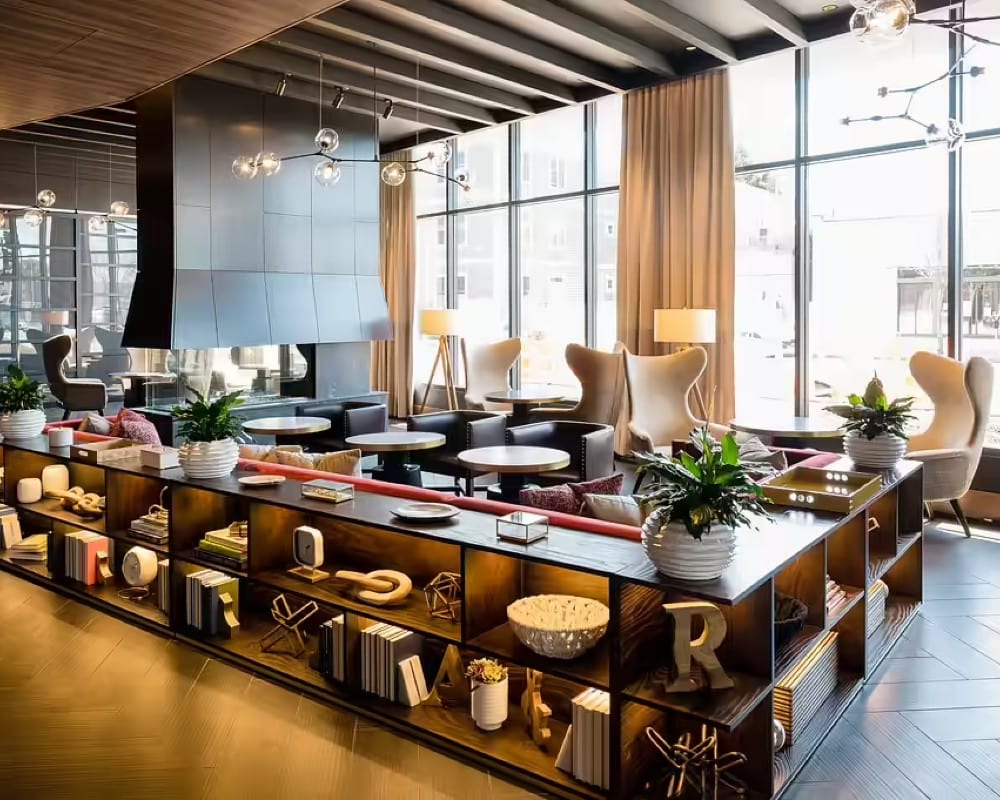 Led by CambridgeSeven, the crenulated façade of the hotel is composed of wood-textured cement panels. The core aesthetic of the building perfectly relates to the residential neighbors of the area, with a nod to classic yet contemporary style in an urban design. Making its design debut in Somerville, Bill Rooney Studio has decorated the hotel lobby with detailed ceilings, walnut wood-paneled walls, and a magnificent double-sided fireplace. A contemporary bookshelf is stylistically wrapped around the seating area.

Cambria Hotel Boston Somerville is well-equipped for weddings and private events with a first-floor multifunctional space, sized 1,175 square feet. The compound also features a 2,000-square-foot fitness room equipped with top-notch wellness needs, and a game room containing foosball, shuffleboard, and a range of retro games. Infused with local style, the hotel is going to host a small market highlighting locally made snacks and artisan beverages. A 4,000-square-foot restaurant in the lobby will include one of the largest outdoor dining terraces in the area and will be helmed by one of the well-known chefs from Greater Boston.

5 Destinations That Rely Heavily on Tourism

At the moment, there’s a pretty good chance that you’ve explored every inch of your house. After ...

Have You Traveled To Any Of These Rarely Visited Countries?

Vacation is the best, especially if you are traveling to a destination. The only issue when you are ...